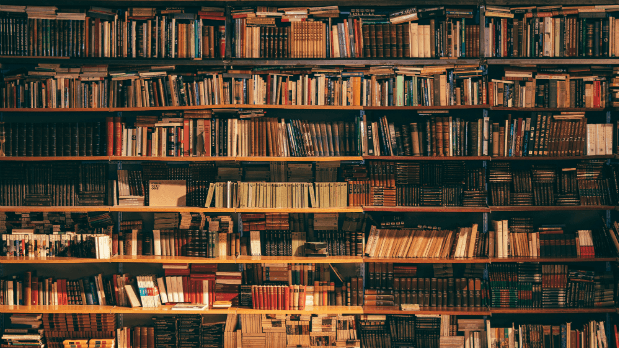 Whether you're looking for some expert advice on gaming, some real-life stories on the seedy underground so often linked to gambling, or the history of some of the notorious figures that shaped the Vegas landscape, this list of books has you covered.

Perfect for reading on a trip to an actual casino (although make sure you keep Scarne's guide out of sight on the casino floor!), and pretty much anywhere else, these are some of the very best casino themed reads available, and guaranteed to keep you gripped right until the last page.

If there was such a thing as the gambling bible, this would be it. John Scarne started his career as a magician specialising in playing card tricks and manipulation. Over the course of his life he became a bit of an expert on all thing gambling, going on to advise governments about the industry, as well as having access to the most exclusive secrets and figures.

The book is a collection of all his most valuable advice, and he covers pretty much everything. You'll find detailed information on house percentages, strategy for various games, how to pick up on potential scams and much more. If this all sounds a bit dry, fear not. Scarne makes sure you want to keep flipping pages by sprinkling in a few tales of his own experiences with some of the industry's personalities over the years.

Crime and gambling are often, unfortunately, closely related. Las Vegas was essentially built off mob money after all, and there's many spine chilling stories out there of what went on behind the scenes and in the shadows during the early days of the city. Blood Aces is one such yarn, and certainly one of the most fascinating.

It documents how Benny Binion a career criminal cowboy (not a combination you hear about that often) from Texas made his mark on the Las Vegas casino scene, and invented the massively successful World Series of Poker. Although he started as a small-time moonshiner in his late teens, Binion went on to set up the Southland Syndicate, an operation that ran private dice games in Dallas. When he relocated to Vegas, he became a major innovator at his casinos, introducing features like free drinks for players, limousine pickups, and comps.

The Man with the $100,000 Breasts and Other Gambling Stories

Sometimes gambling makes people do bizarre things. There are some truly hilarious stories out there, and Michael Konik has done us all a service by collecting up some of the most entertaining and outrageous in this book. Brian Zembic, the book's titular individual (in more ways than one) is just one such example. A fellow gambler bet Brian, a magician, $100,000 that he wouldn't get breast implants. Brian did, and not only that, he got a discount on the procedure by beating the surgeon at cards.

Add in stories of golf hustlers – which you may well have been understandably ignorant of until reading this book – to some of the most impressive feats of luck ever recorded, and you've got a fun packed read for any occasion. Mr Konik also imparts a few tips and tricks of his own to help you along with your own gaming.

The Dark Side of the Felt

Have you ever wondered what would happen if you gave everything up and tried to make your living playing poker in seedy underground gambling dens? If you have, don't worry – you don't have to try it for yourself. Tyler Nals decided to make that leap himself so the rest of us don't have to, and what he discovered is entertaining and sometimes a bit disturbing too.

While it's a great portrayal of what it's like to simply throw yourself into the world of poker with no real experience, surrounded by, as Nals puts it 'losers and degenerates', a pinch of salt is required. Most professional poker players don't play these kinds of games very often, and those that do will probably tell you that generally it's just a normal game at someone's house.

That said, it's an interesting experiment by Nals, and his often-amusing anecdotes certainly help make this an easy read. Just don't take it too seriously.

There's obviously some other classic out there related to gambling, but the above is a good mix of the light hearted and more serious if you're looking for a few gambling themed reads.