Ever wonder what the best-loved sports are to the people of New Jersey? Join us to discover the state’s fan’s five favorite sports.

New Jersey is just one of two states to vote soccer above all other sports, likely helped largely by the abundance of American and European talent fans have had the privilege of witnessing on their doorstep. Football is up there, too, despite being resigned to second place, while golf, basketball and baseball round off the top five sports for the people of New Jersey. 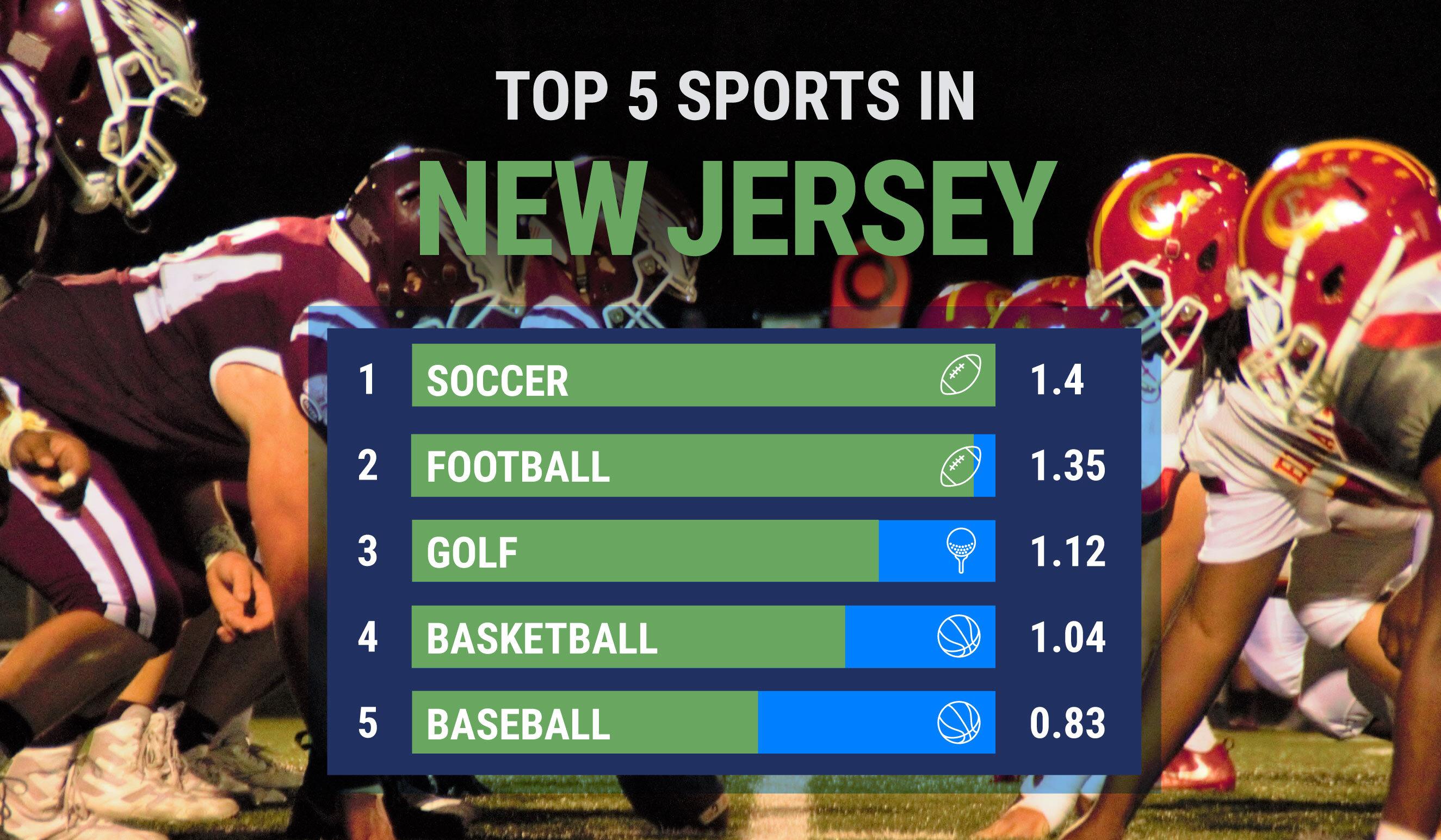 New Jersey is the base of the New York Red Bulls, who play soccer at the Red Bull Arena in Harrison, NJ. This has earned the sport hero status across the state, whose residents have enjoyed watching the likes of Juan Pablo Angel, Bradley Wright-Phillips, Thierry Henry and Luis Robles.

Despite representing neighboring New York, NFL teams the Giants and Jets each play their football at the MetLife Stadium in New Jersey. This has served a heavy football fan base in New Jersey, which earns the sport a place in the state’s top five.

Golf claims a spot in the top five sports of New Jersey, largely thanks to the broad availability of top-level facilities on offer. Whether it’s Springfield’s Baltusrol, Bernardsville’s Somerset Hills or another of the state’s countless other renowned courses, there’s no shortage of fun for fans of all levels.

Although now positioned across the state border, the Brooklyn Nets were once the New Jersey Nets and represented the Garden State between 1977-2012. Before joining the NBA, they played in the ABA and won two championships (1974, 1976). Despite being Brooklyn-based for nearly a decade, the basketball team has kept its loyal New Jersey fanbase.

Despite not having their own state team to support, New Jersey locals still love baseball and, instead, cheer on neighboring teams. In most cases, New Jersey sports fans follow the Yankees or Mets, both MLB teams, whose homes are just a short hop over the state border into New York.

To bring you the people of New Jersey’s five favorite sports, it was first important to consider both Google search volume data and social media sentiment data for each sport. Giving each of 10 different sports a value for each of these two factors, we ranked them accordingly. From here, each New Jersey sport was assigned an index score between 0-1, relative to their ranked position, for each of the two factors.

By combining the two index scores, we were able to give each sport a score between 0-2 to find the top five across New Jersey.

Did New Jersey Stay Above $1B Mark Again in November?